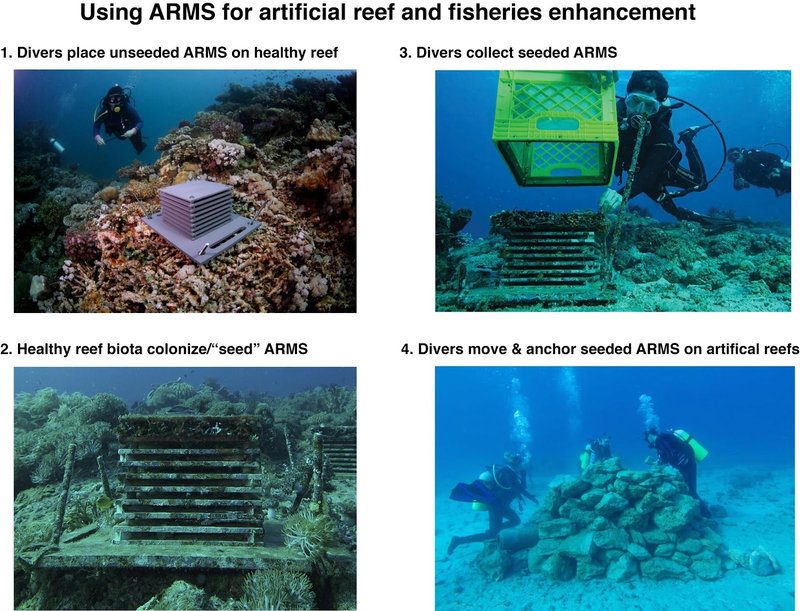 The global loss of coral reefs threatens human lives because these ecosystems provide food, income, and shoreline protection. The decline of reefs and rise in poverty is particularly acute in Madagascar, now the most impoverished nation in the world. In response to the loss of coral reefs, restoration programs are being implemented worldwide. Most programs focus on restoring corals because these animals build much of the reef's foundation. Often overlooked is that healthy reef ecosystems require many more species to function efficiently, to carry out critical ecosystem services (e.g., protecting shorelines, filtering seawater), and to support fish production. Even when they are considered, most of these vital supportive species (e.g., sponges, bacteria) are challenging to collect and move. This project combines two technologies to overcome this issue and rebuild reefs in a new way by building artificial reefs and seeding them with biota from healthy natural reefs. To achieve the latter, a biodiversity census tool called Autonomous Reef Monitoring Structures or ARMS is used to passively aggregate most reef biodiversity onto small, foot-squared units. After ARMS are “seeded”, they will be moved to artificial reefs. By mobilizing the entire ecosystem, we aim to rebuild reefs to increase fisheries catch in Madagascar. We will conduct one of the first controlled, replicated, in situ studies of artificial reef technologies across the 170 square kilometer Ranobe Bay. This experiment will allow us to empirically test whether seeding artificial reefs with ARMS increases biodiversity and biomass, fish abundances, fisheries landings, human dietary diversity, human consumption of seafood, and reductions in the incidence of stunting and wasting.

Ecological theory suggests that increasing the extent of reef habitat should increase the abundances of fishes and their prey. Still, the question remains of whether artificial reefs increase the number of fish by adding habitat, or merely aggregate existing fish populations, allowing for easier capture and compounding overfishing issues. By seeding biodiversity and habitat onto artificial reefs using ARMS, our approach is expected to increase the number of fish and fisheries yields. This work will apply cutting edge tools including environmental DNA barcoding, fisher-supported GPS tracking of fisheries activities, and human health and well-being data collection, allowing us to comprehensively connect ecosystem health to human health. Seafood from wild capture and aquaculture will be comprehensively evaluated to guide efforts to increase local food security and preserve reef functions. Data collection protocols will be detailed in a guide, allowing others to holistically evaluate restoration projects anywhere in the world. 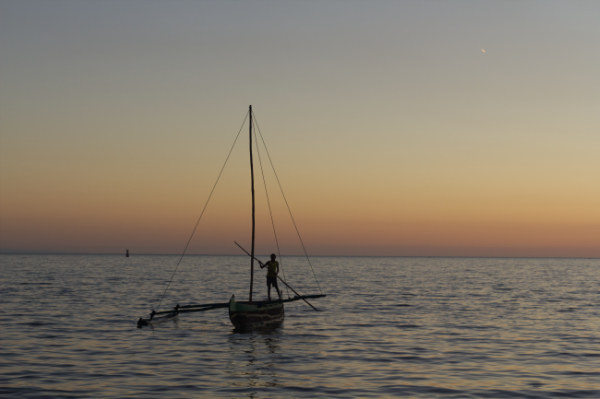 Launching this work in Madagascar is of the utmost importance given that it is a key biodiversity area and because the project has the potential to provide nutritional benefits to one of the world’s most food-insecure people. Malagasy students, local fishers, and other community members will lead much of the project implementation, monitoring, and data collection, creating grassroots capacity building, educational opportunities, and income generation for the local community. This project will be fully integrated with educational activities at the nearby University of Toliara—home to the only marine science institute in the country. Overall, this project will greatly enhance the equitable and sustainable use of marine resources and will respond to a threat caused by global change, all with a tool that can be applied anywhere coral reefs are found.